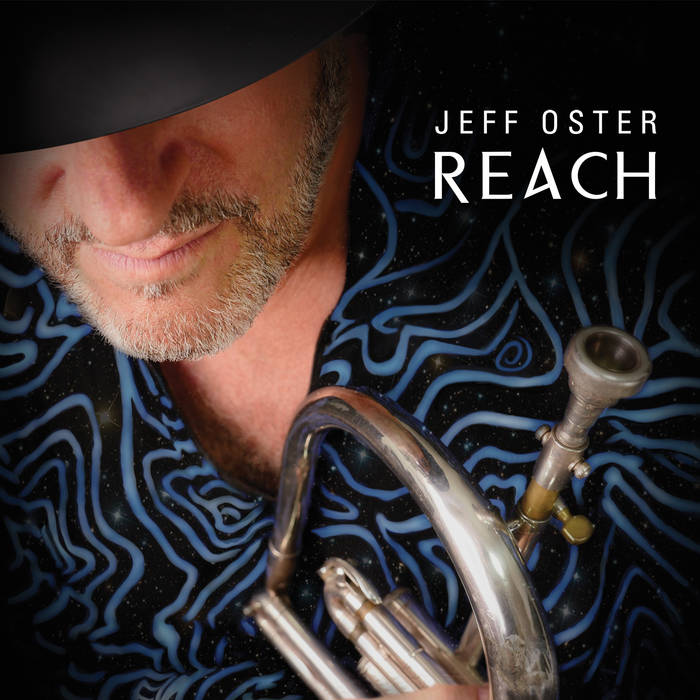 Album of the Year

************
Master class trumpet and flugelhorn player Jeff Oster injects some world influences on his latest release, Reach. Of course, it wouldn't be a Jeff Oster album without healthy doses of jazz, chill, blues, and even some nods to classic '70s gritty action film soundtrack music!

From the opening frame drum rhythms of "Onward" and the song's mystical melodies and sensual rhythms to the funky attitude of "Le Caveau" (the '70s soundtrack-like track I alluded to earlier) to the Asian-fusion delights of "Five Great Mountains," to the uptempo, jazziness of "Troppo y Boffo," Oster leads his talented crew to heights of tunefulness and musicianship, featuring one great lick after another throughout all of Reach's nine tracks.

Oster proves himself to be both a show-stopping soloist and a true team player willing to step back and let others take center stage.

It's not a "reach" to take great pleasure in this album, yet another solid recording from Jeff Oster.

the possibilities are endless...

All songs written by Jeff Oster and Ruslan Sirota